On his Web site, DrEliaz.org, integrative physician Dr. Isaac Eliaz offered six different remedies to relieve stress naturally without zapping your energy or making you sleepy. We wanted to share them with you! For more health and wellness advice, visit Dr. Eliaz’s blog and Web site.

1. Ashwagandha – a plant used as an herbal remedy for inflammation, to fight infection, enhance immunity and more, according to Eliaz. “It helps the body to resist stress and maintain vital mental and physical energy throughout the day, while promoting restful sleep at night,” he said. “Its ability to reduce anxiety, ease restlessness and stabilize moods is highly valued by many herbalists.”

2. Holy Basi (Tulsi) – an herb native to India, has been shown to decrease the stress hormone cortisol. It also “operates as an adaptogen, naturally improving the body’s response to physical and emotional stress during periods of high anxiety and physical exhaustion,” Eliaz said. By taking it as an herbal supplement or drinking Tulsi tea, a person can help stabilize the brain’s serotonin and dopamine levels to calm and relax them without feeling drowsy.

3. B Vitamins — B vitamins, in particular B6, B9 and B12, may contribute to the reduction of anxiety and depression and help boost energy, Eliaz explained. They can be taken as supplements or found in foods such as dairy products, lean meats, fish, poultry, nuts and eggs. Additionally, they can have a direct impact on your brain’s serotonin, norepinephrine and dopamine levels, he said.

4. Green Tea (EGCG) – L-theanine found in green tea could be the component responsible for green tea’s potential antidepressant effects, according to research as  L-theanine is a calming amino acid known to reduce mental and physical stress and enhance critical neurotransmitter activity, Eliaz said. “Green tea is also abundant in a class of phytochemicals called polyphenols, including the potent antioxidant epigallocatechin gallate (EGCG), which contributes to an increase in brain alpha wave activity,” he said. “Alpha waves are associated with a state of being awake but relaxed, so the EGCG together with the L-theanine also found in green tea, promote a state of ‘alert relaxation.’” However, since caffeine can have the opposite effect, he recommends choosing decaffeinated green tea.

5. Yoga and Tai Chi – Some of the most well-researched stress relieving exercises include yoga and Tai chi, said Eliaz. These exercises have also been shown to “dramatically reduce stress levels.”

6. Meditation – “A simple 10-minute daily meditation session can offer significant improvements in your mood and energy levels,” said Eliaz. “In fact, published studies show that simple meditation when practiced daily is more effective than anti-depressants in improving mental, physical and emotional well being.” 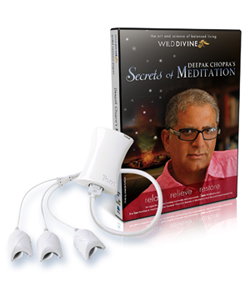