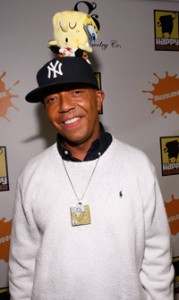 “After doing yoga, I feel alive and awakened,” Simmons told WWD. “I want to give people that feeling or to teach people who want to learn more about yoga. I see yoga studios starting to grow and yoga classes getting more crowded. I see [yoga] brands continuing to grow. I’m doing this because of my passion for yoga not because I’m that kind of business guy.”

After its release in department stores, specialty stores, health clubs and spas this fall, Simmons plans to open Tantris stores, yoga studios, juice bars and even a vegan restaurant, the website reported.